Sheila Kaufman, an award-winning author of 26 cookbooks, brought out the chocoholic in more than 90 guests at Ring House this past February. During our “Jews and Chocolate: A Love Story” event, she shared her culinary advice and historical knowledge on chocolate.

Kaufman presented valuable information about cooking with chocolate, as well as the history of Jews and chocolate. Attendees learned that Jews established flourishing communities in the Caribbean, Central and South America, and Mexico after facing displacement from Spain in 1492. It was in these communities that they learned how to process cacao and extract vanilla beans. Despite persecution, they continued to thrive and even secured a vanilla trade monopoly in 1655.

Chocolate then found its way to Europe, an introduction that changed the history of chocolate as it inspired culinary creativity and chocolatiers throughout the continent. Two prominent Jewish artisans who were influenced by this movement decided to relocate. Eliyahu Fromenchenko settled in Palestine, where he founded Elite, while Stephen Klein settled in New York City, where he founded Barton’s and redefined the kosher chocolate market.

Residents and attendees not only learned about the Jewish bakers and candy makers that made history, but also enjoyed a special tasting. Charles E. Smith Life Communities’ own Chef Susan Seykoski created a kosher chocolate menu complete with babka, chocolate martinis and roasted vegetables with chocolate balsamic glaze.

“The Jews and Chocolate event was a lot of fun,” Board of Governors member Alison Baraf said.  “The speaker was engaging and very knowledgeable on the topic, and the chocolate samplings after were a delicious bonus.”

The next time  history and chocolate lovers who attended the event bite into a chocolate bar or savor a piece of rich, moist chocolate cake, they will be reminded of the Jewish growers, traders, manufacturers, and craftspeople who helped craft the art of chocolate. 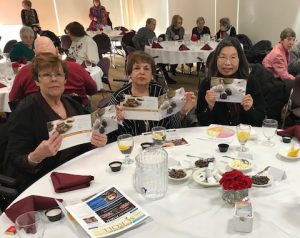 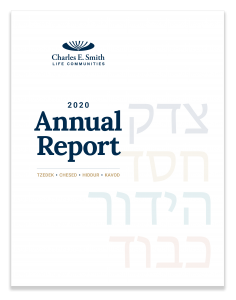 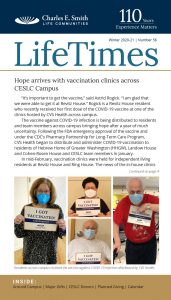