Thank you! Your generous support allows us to have a meaningful impact on the residents and families we serve, and enables us to meet the ever-growing needs and expectations of older adults in our community. 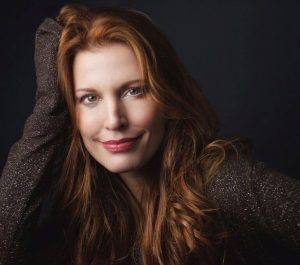 We hope you will join us as we say THANK YOU. We are excited to welcome Rachel York, Broadway singer and actress perform at this special event.

RACHEL YORK is a dynamic and versatile award-winning actress and singer. She is best known for her critically acclaimed Broadway performances in City of Angels, Les Misérables, Victor/Victoria (Drama Desk Award) with Julie Andrews, The Scarlet Pimpernel, Sly Fox with Richard Dreyfuss, and Dirty Rotten Scoundrels with Jonathan Pryce.

Most recently Ms. York starred on Broadway in Disaster! The Musical and the ground-breaking Go-Gos musical Head Over Heels. She also turned heads on television with her courageous portrayal of Lucille Ball in the CBS movie, Lucy.

The event will be held at the iconic Bethesda Jazz and Blues Supper Club and includes cocktails and dinner. This special event is a thank you to those who have contributed at least $500 beginning on January 1, 2019.  Complimentary valet parking.